It’s not uncommon for people with cars to tint the windows on their rides. When it comes to residential windows, however, many of us haven’t even considered them. It turns out there’s more to it than privacy. The moment you have a sheet of film applied to glass, certain effects follow. Here’s the good and the bad of tinting your house windows:

This is an added layer of protection, but not so much in the sense of resisting impact. It’s more a matter of keeping the glass intact for longer. It’ll take more for a breach to occur when you’ve tinted your windows.

When the glass breaks, the window film helps keep the pieces together; like a net. This results in a lower chance of injury. Even if someone intentionally breaks your windows, you have time to react appropriately because they won’t instantly break.

Based on what type of tint you go for, burglars won’t be able to see inside your house from outside. Whether you have a gun rack in there or a jewelry collection, they won’t know. Sometimes all it takes is to tempt a thief for them to attempt a burglary. With seriously tinted windows, there’s less of a temptation.

The security aspect extends beyond accidents and intruders. Harmful rays from the sun won’t do much damage if you apply tint to the windows in your home. With too much exposure, ultraviolet rays can bleach objects in your home. From curtains to carpets, and couches; it can all lose color with too much direct sunlight. Ultraviolet light also poses a health hazard, so tinting also has a positive effect on your well-being.

Tinted windows provide insulation in a home. This makes for better temperature control, meaning you won’t spend as much on heating and cooling. When it’s cold, you’ll be able to retain heat better. When it’s hot, you’ll have heat rejection. All told, this can help you cut your utility bill in half. The key is to have a competent installer to get the job done, then you’ll reap this benefit.

There’s no need to sacrifice visibility when tinting your windows. You can still enjoy all the advantages without having to deal with darkened glass panels. A transparent window film will regulate temperature and bolster security while still allowing for a clear view. You’ll be able to clearly see what’s happening outdoors, and comfortably so.

Tinted windows can be quite appealing to the eye. With different options available, you can use them to show off what great sense of style you have. At the end of the day, even the value of your home will increase. So not only will you get compliments from guests and passers-by, you’ll receive a good return on investment too. 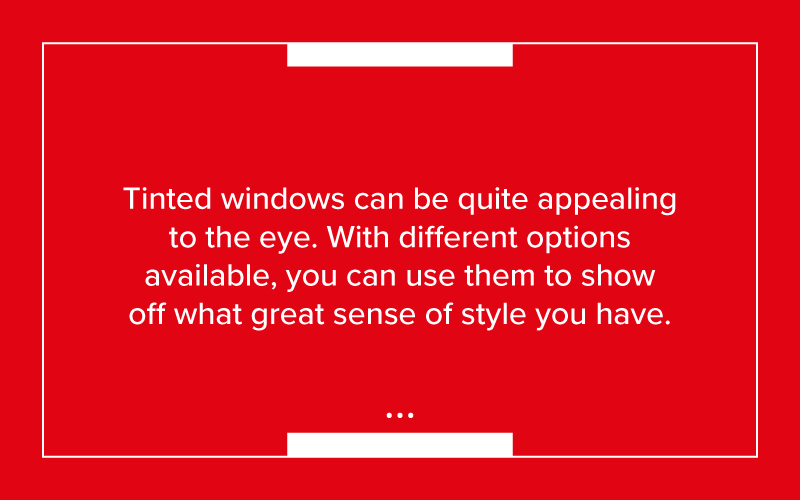 It Isn’t Ideal for Colder Regions

Depending on where you live, you may want to retain as much solar heat as possible. If, however, you stay in an area like Phoenix, the hottest city in America, then tinting is for you. After all, you’re going to want to reduce the amount of heat entering your home. When it comes to the performance of your window film, it’ll all boil down to which type of film you pick. That’s why it’s important that you go for the right amount of darkening.

There’s Too Much Choice

The wide range of options available can be both a blessing and a curse. Not only will brands and models differ, but even installers will have their own go-to tint styles. Your job is to make sure that the efficiency rating of the window film is good enough. You’ll have to check out the NFRC certification which appears on the label. You’ll also need to factor in your preferences and priorities when making the decision.

Your Location Plays a Part

You can’t blindly select any kind of window film. It’s crucial for you to consider the kind of climate that you’re dealing with. Darker tints will be more useful in colder areas due to their heat-trapping capabilities. The clear film will block out heat while letting sunlight through.

The location factor doesn’t just apply to the neighborhood, but to your home as well. It helps to keep in mind that different areas of your house receive varying amounts of light. Nobody said you have to install the same kind of window film throughout. Pay attention to the hot and cold spots on your property and select your window films accordingly. 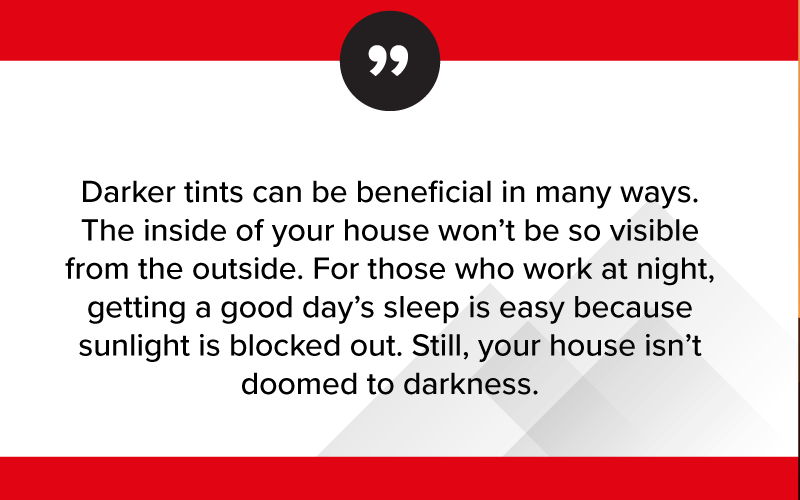 Is it Worth it to Tint House Windows?

Window tinting is a home improvement and will therefore contribute to the resale value of your home. With your utility bill reducing because of it, that’s money going back into your pocket. Also, anything that improves the appearance of your home’s exterior can always be considered a good investment. When it comes to tinted windows pros and cons are there, but the fact is that it’s a good investment.

You want your household items to last long. Tinting your windows helps protect those items by blocking out up to 99% of UV rays. If your things get damaged by too much sunlight, you make a loss. Since tinting helps prevent that, it’s definitely worth having it done.

The more dated your windows are, the less energy efficient they are. Rather than getting replacements that have low emissivity (low-E) coatings, it’s better to just tint the old ones. It’s a more affordable option and much easier to get done. The cherry on the cake is the fact that most window films come standard with a lifetime warranty. 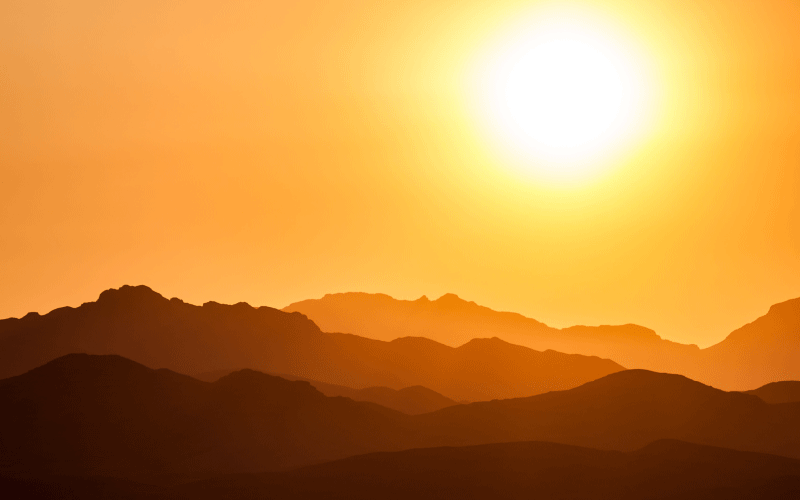 Darker tints can be beneficial in many ways. The inside of your house won’t be so visible from the outside. For those who work at night, getting a good day’s sleep is easy because sunlight is blocked out. Still, your house isn’t doomed to darkness.

Window film doesn’t just come in one shade. You’ll be able to choose how light or dark you want it to be. You also get to pick pretty much any color. If you decide to go ahead with it and your house ends up all dark, it’s all on you. You’ll only have yourself to blame because there are even clear window films on the market.

What are the Disadvantages of Tinted Windows?

The glass on your windows may sustain damage during the installation of the window tint. Before you panic, however, know that this will only happen if you get the wrong person to do it. A credible and highly skilled installer shouldn’t have a problem though. If your windows have a warranty, then you have even less to worry about. Do check if your warranty covers window tint, otherwise, you won’t qualify for it.

There’s also the compatibility issue that you need to keep your eyes peeled for. You can’t just slap on any window film to any window. Float glass, which is the ordinary kind we’re all used to, matches well with window film. If you aren’t too sure about the kind of glass and whether it’s compatible with the film, talk to your installer. With the wrong match-up, you’ll soon have cracks and the glass may even end up breaking.