Residential Window Tinting Guide (Must Read Before Investing Your Money)

Tinted windows come with so many benefits, not least of which is privacy.

You get to be free in your own space without being watched by passers-by.

While that’s not a bad idea for a house, there’s far more to gain.

Sure, it’s stylish too, but why is the ‘green movement’ getting into it and why is residential window tinting installation becoming a basic part of home improvements?

In this article, we explore these questions and help you decide whether or not home window tinting is right for you. Continue reading to learn more.

Let’s dive into it!

Is it Worth it to Tint House Windows?

If you want to stop heat from escaping your home in the fall and in the winter, then yes, you could probably use some glass tinting.

Also, if you want to save on air conditioning when summer and spring come along, window tinting stops the sun’s glare from invading your space.

So what is window tinting?

Window tinting involves attaching a protective coating over the interior glass surface of your window. This translates to less maintenance over time, which can only mean good things for the value of your home.

I bet you didn’t think of this…

The average sofa can remain good as new for 7 to just over a dozen years with tinted windows. Curtains tend to lose color after too much exposure to the sun for an extended period of time, so applying a film to the window will help limit your interior from wearing out so that you don’t have to keep replacing stuff every couple of years.

An added benefit of window tinting is that it prevents carcinogenic UV rays from penetrating the glass, resulting in fewer visits to the dermatologist. 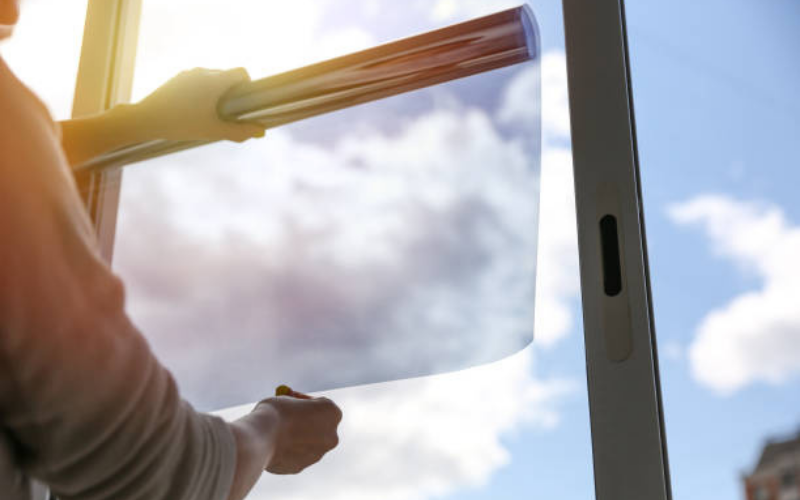 Two huge benefits of tinting your home’s windows include:

Window tint film acts as a layer of armor that could prevent any burglar from breaking in once installed. It makes the glass resistant to shattering, which means that if the window does break it doesn’t make a mess all over the floor and the likelihood of anybody getting cut by shards of glass is greatly reduced.

The elements can also do a number on an unprotected window, so you’re better off with windows that can withstand the harshest conditions.

Besides, burglars aren’t known for pulling a job on a joint they don’t know. If people can’t see what’s inside your home, they’re less likely to feel tempted to claim it for themselves. With a mirrored window film solution, for example, intruders will see a reflection of themselves instead of all your prized possessions. This is perfect for those ‘daylight robbery’ attempts that occur in rare moments but are unexpected nonetheless.

So we’ve pointed out the practicality behind tinting the windows in your home, but what effect does it have on your lifestyle?

Well, seeing the screens on your devices can be challenging whether you’re watching TV, playing video games, or even on your phone. Now, while window tinting will still let some light through, it won’t be as intense.

You’ll be able to see the outside world without having to deal with the harshness of the sun. You get to take in the view without being overwhelmed by the weather.

How Much Does it Cost to Tint a House?

The price of tinting a house will depend on a few factors.

The type of film used, the size of the windows; all of these can make the price more or less expensive.

The national average is somewhere around $600.

You can expect to pay under $10 per square foot and the maximum stands somewhere just over $1000. 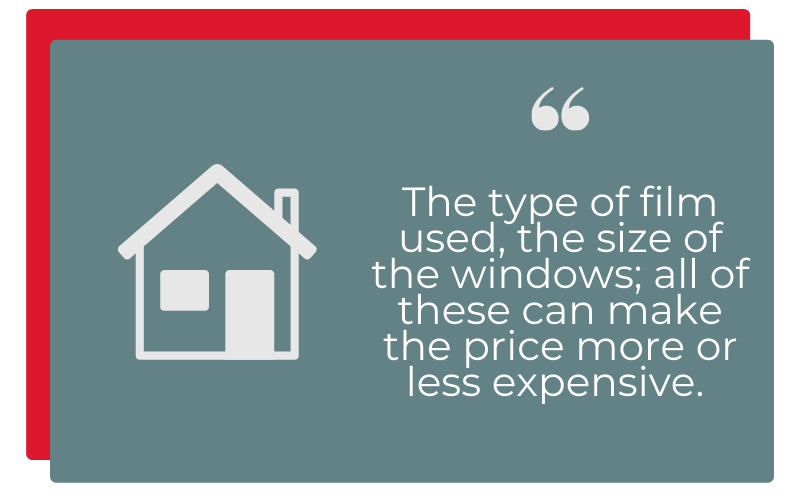 Can You See the Mirror Tint at Night?

Visibility might be a concern to you, especially at night. If it’s brighter inside than it is on the outside, someone outside will be able to get an idea of what’s going on indoors.

What Can You Not Do After Tinting Windows?

Things to Remember Before Tinting Your Windows

Different films will react differently. You need to know if the type of window you’re dealing with is suitable for the kind of film you’ll have applied for.

Some glass deals with tinting better than other glass does, so you’ll need a specialist to determine just how film-friendly it is.

Are you looking to save on energy?

Solar window film might be what you’re looking for, with temperature regulation a priority and the fact that it deals with up to 99% of ultraviolet light.

You also have to be conscious of the varying levels at which you require light in certain rooms. With this in mind, you get the freedom to decide which spaces need more light filtered and which don’t. Some sections won’t get as much light as others do, so you can’t have all your windows in the same shade.

DIY tutorials have been blowing up all over the internet, with thousands of people demonstrating various installations and repair projects.

While the idea of independence is glorious, you really want to go with the professionals on this. If you don’t want things to go wrong, you’re better off with someone who knows what they’re doing.

When it comes to light-filtering treatments, tinting your windows is one of the most affordable ones there are. It’s based on a very simple concept but the effects are far-reaching.

Window film is likely to serve you for decades, so you’re going to get a return on investment that manifests in more than one way.

When it comes to general maintenance, homemade detergents are more forgiving on window glass.

Using water and vinegar and applying it with a cloth will do the trick. This boosts the durability of your windows and the film so you don’t have to spend money on tinting any time in the near future.

Also, think about what the building will look like after the installation. While it must serve a practical purpose, it also helps if the thing looks good. Any change made to your home must be weighed based on its necessity, and in this case, there’s a dual necessity.

If you’re not sure, ask for pictures of projects similar to yours, it’ll give you a lot of good ideas while helping you avoid mistakes.

At Demers, we’re more than happy to share as many examples of our past work as you’d like. We want you to feel comfortable in your choice, knowing that you’ve done what’s right for your home. 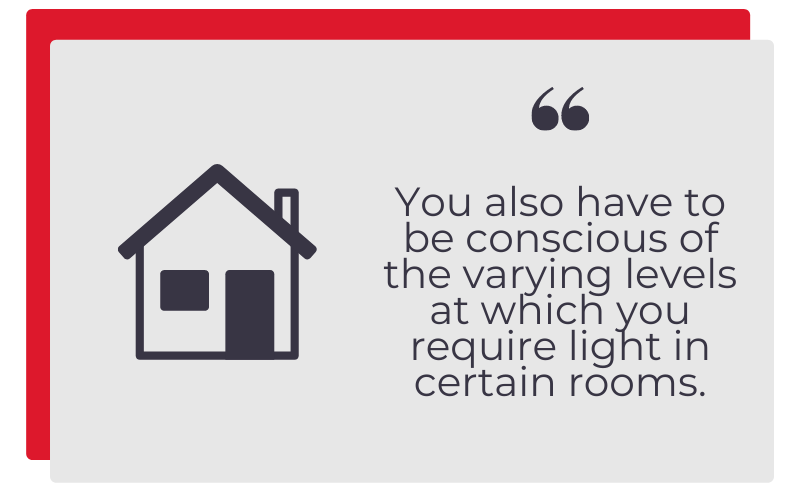 Does House Window Tint go on the Inside or Outside?

Most tints are manufactured to go on the interior of your home. Very rarely will you see tint applied to the exterior. It’ll act as the first line of defense against heat and light.

Dim it at Demers

As a family company, we understand what it means to want more privacy and comfort. We realize the importance of finding as many ways to make your home as secure as possible. It takes steady hands to get the job done, being even a little rough can result in the film being torn apart.

What’s more, the look or feel you’re going for with the tint will be considered. The price and requirements won’t be overlooked either. This is what you can expect from people that have been tinting windows for decades.

We believe that tinting your windows should only be done once, if you try to do it yourself; you could botch the whole thing and end up spending way more than you’d like because you don’t have the expert eye to tell you what kind of window film you need for which type of window and why.

Demers caters to all your glass and window needs, and we offer custom options as well. After all, when you’ve been working with glass as long as we have, you see a thing or two along the way.

We’ve watched technology evolve in the industry, and we’ve ushered in new ways of dealing with windows and glass.

Demers Glass brings you the wisdom of the past with the insight and convenience of the future. That’s the best of both worlds, and who doesn’t want that?